Batangtoru, 13 September 2022 – PT Agincourt Resources (PTAR), the operator of Martabe Gold Mine, again held a series of Free Cataract Examination and Surgery “Open Your Eyes to See the Beauty of the World” for underprivileged community in South Tapanuli and Medan, North Sumatra, September to November 2022. This series was opened with The Eye Health and Cataract Information Week in Sopo Daganak, Batangtoru, attended by around 200 people from various elements of community, such as Forkopimcam (District Leadership Communication Forum), village heads, health workers, and posyandu cadres.

PTAR General Manager Operations, Rahmat Lubis, said that the Event of Cataract Information Week is believed to be an effective anticipatory step to mitigate blindness due to cataracts. It is hoped that the representatives from each region who attended the event can share the knowledge and information with the residents, acquaintances, families, neighbors to be able to take part in this very beneficial activity.

This year, PTAR cooperates with Mencirim Tujuh Tujuh Eye Hospital in Medan, which has 17 years of experience in performing cataract surgery.

Rahmat Lubis added, the company hopes to free 600 cataract blind eyes during a series of surgeries that take place at two location points with scheduled surgeries every week to heed the Covid-19 health protocol. This number is considered relatively moderate in the midst of the Covid-19 pandemic situation which has been under control.

However, according to him, if the enthusiasm of the community during the series of cataract surgeries is massive, it is possible for PTAR to hold additional surgeries, while taking into account the situation of the Covid-19 transmission.

“With a high concern for supporting the life expectancy of cataract sufferers, their families, and the surrounding community, PTAR is ready to hold free cataract surgery. Of course this cataract surgery is carried out in compliance with the health protocol procedures, starting from the screening stage, cataract surgery, to post-surgical control,” said Rahmat at the Eye Health Information Week, Batangtoru, Monday (12/9/2022).

From Batangtoru, cataract surgery will continue in Medan, to be precise at Mencirim Tujuh Tujuh Eye Hospital, Medan, with the surgery scheduled on 22 October, 12 November, and 23 November.

“We are ready to support the delivery of information to the public about cataracts and blindness caused by cataracts,” said Rudi.

Commitment to Free Thousands of Cataracts
Not only this year, PTAR held free cataract surgery. The cataract surgery program which started in 2011 was continuously held from year to year until it was suspended for several years due to the Covid-19 pandemic.

“Cataracts can happen to everyone, including infants and children, and are not limited to adults. Blindness due to Cataracts can be prevented or treated only with surgery. We are aware of the fact that vision loss or blindness can reduce a person’s quality of life and have an impact as well on the people closest to them. We believe that cataract surgery does not only make a person’s vision clear, but can increase a person’s productivity, make him/her independent and more empowered to live his/her life, and emotionally healthy, “said Katarina.

“At that time I was still working as a snack seller. The money was to fulfill my family’s needs. Because my eyes were blurry, sometimes I couldn’t distinguish money from the buyer and made a mistake in recording purchases in the book, so I continued to bear the loss,” said Asnah.

“It didn’t hurt at all. The surgery was also quick. After undergoing a cataract surgery, I can see clearly, distinguish money, read books, and also recite the Quran,” she said. 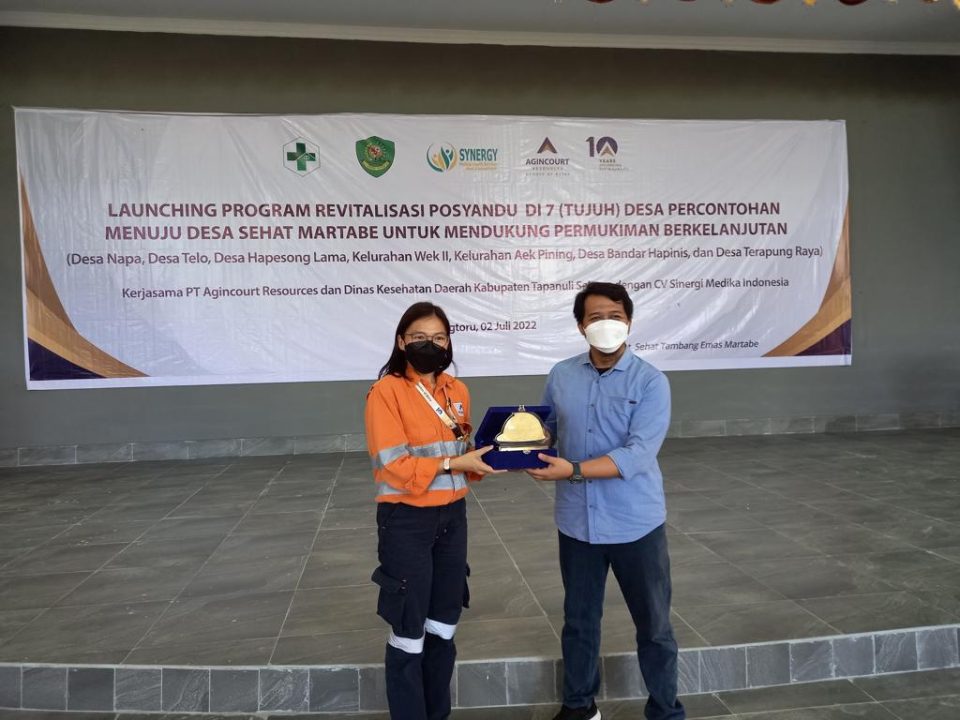