This release was unique because the two Sumatran Tiger cubs had been born and raised from parents with previous conflicts with humans. The whole process is clear evidence of the success of world-class animal conflict management. Sumatran tiger Surya Manggala, in the cage, was carried by an Agincourt Resources helicopter using the longline method.

The release of Surya Manggala and Citra Kartini into natural habitats is the result of collaboration between the Persamuhan Bodhicitta Mandala Foundation in Medan (YPBMM) which manages the Sumatra Barumun Tiger Sanctuary, the Ministry of Environment and Forestry through the North Sumatra Natural Resources Conservation Center (BBKSDA), and PTAR.

We continue to strive to provide benefits to all stakeholders, including in terms of environmental and biodiversity conservation, community empowerment, and environmental health and safety. Sumatran Tiger Conservation is one of these efforts. Acting Head of the North Sumatra BBKSDA Irzal Azhar expressed his appreciation to all parties who have supported the survival of “Surya Manggala” and “Citra Kartini” since they were in the Barumun Sumatran Tiger Sanctuary until they were released to TNKS. He hopes that the two tigers will be able to survive in their natural habitat after being released into the wild. Irzal described the background:

For about 3.5 years Surya Manggala and Citra Kartini were cared for naturally with their mothers at the Sumatra Barumun Tiger Sanctuary. They are the result of breeding from the mothers who were victims of wildlife conflicts named Gadis and Monang”. Surya Manggala and Citra Kartini were declared healthy and ready to be released into their natural habitat after undergoing a series of preparation stages, starting with daily behaviour observations, behavioural analysis, to health examinations.

Kerinci Seblat National Park was chosen as the release location for Surya Manggala and Citra Kartini because it has sufficient food for Sumatran tigers and is considered an ideal habitat. The location of the core zone of the Kerinci Seblat National Park area is also far from community settlements. This largest national park on the island of Sumatra has an unbroken series of ecosystem types of lowland forest, mountains, natural tropical pine forests, peat swamp forests, freshwater swamps, and lakes. In TNKS there are more than 371 species of birds, more than 85 species of mammals, 7 species of primates, 6 species of amphibians, and 10 species of reptiles. The two key species that are the focus of management are the Sumatran tiger and the Sumatran elephant.

PTAR has developed wide-ranging sustainable environmental management by minimizing operational impacts on biodiversity in the Batangtoru forest with on-going efforts in rehabilitation, reclamation, and replanting. Before clearing land, PTAR will ensure that no protected flora and fauna are damaged by conducting comprehensive monitoring and surveys. PTAR’s strong commitment in good environmental management and preserving biodiversity is demonstrated with a number of awards. In June 2022, PTAR received the Best (Significant Achievement) Award at the Indonesia Sustainable Business Award of 2022, initiated by Global Initiatives and PwC Singapore and Indonesia in the Land Use & Biodiversity category.

We continue to coordinate and collaborate with local governments, authorities, non-governmental organizations, and other stakeholders in North Sumatra and South Tapanuli, particularly in Batangtoru, to identify the best conservation programs. Thus, PTAR can maximally help preserve tropical rain forests. 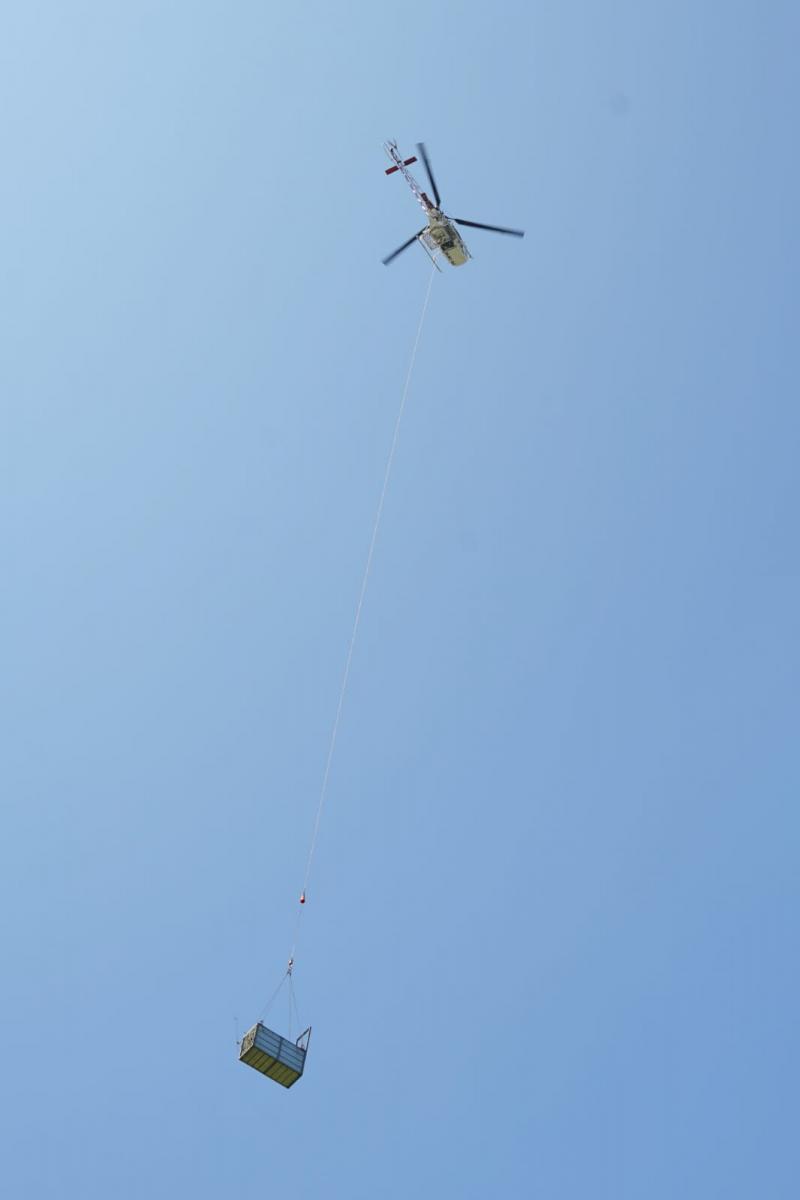 PTAR facilitates the release of the Sumatran tiger by providing helicopters, pilots, and other operational needs.